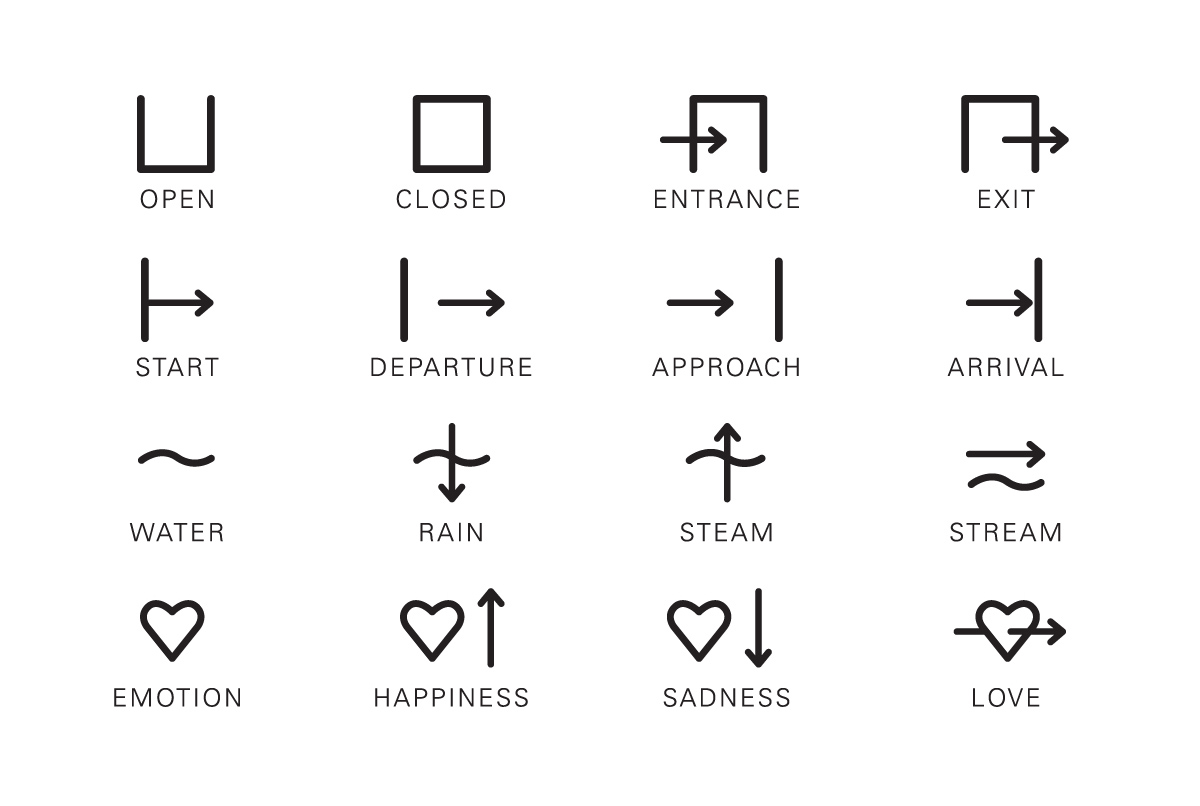 A story about Bliss

Blissymbolics are the invention of a man named Charles K. Bliss. Born with the name Karl Blitz in the Ukraine, he arrived in England in 1939 coincidentally along with the Blitz. Many people remarked how unfortunate his surname was convincing him to rename himself ‘Bliss’. This was a much better fit for his personality. He was described by people who knew him as a ‘loveable character’ and from a few audio recordings, you can hear the cheer and joy he emits.

He and his wife made a trip to Shanghai, where he was exposed to Chinese writing for the first time. He saw that the symbol for ‘man’, a simple stick figure, actually translated to meaning ‘man’. This had a profound effect on him. He had an established mistrust for language going back to his early childhood and also later in life. He experienced the rise of Hitler and noted the adaptation of the German phrase ‘Germany above all’ that was initially used to unite German as one nation. Hitler readapted this phrase for his own purpose, German supremacy. Bliss, shocked by this fact, was convinced that to communicate through symbols was a much more direct method, less likely for the intended message to be corrupted.

So he took it upon himself to create his own version of a pictorial language that would transcend the spoken word.

By this time, he was based in Australia. He devoted 7 years to assembling a foundation of graphics that formed his symbolic language. He used all his savings to produce several books outlining this and sent them out into the world. He firmly believed he had invented something fundamental to world peace. He was quoted saying that if these symbols had existed 100 years earlier, Hitler would never have come into power and the world would be an entirely different place.

He waited for a response. None came. He hit a low point. His wife had died, he worked in a factory, he had nothing left. Life was pretty grim for Bliss…

One day, he receives a letter. In this letter there is a poster of a child using his precious symbols. Bliss is ecstatic. He can’t believe it. He thought no one cared and yet here, sent from across the other side of the world, there is contact! Proof that it wasn’t for nothing!

Turns out a women called Shirley McNaughton stumbled upon his manuscript one day while in a library. Shirley worked as a nurse caring for children with cerebral palsy. These children have trouble with their motor skills which prevents any real ability to communicate. Shirley had always believed they were intelligent, capable children and had been looking out for a way to cross the boundaries that their condition imposed. This was it! This was the solution! The children learned the symbols and were finally able to make contact for the first time in their lives. It was an extraordinary discovery.

Bliss dropped everything. He mortgaged his house and made the trip to Canada to meet Shirley and the children in person. There he saw with his own eyes all his hard work put to good use and was very happy until. …. he started to notice something. They were making changes to his symbols. They had started adding to the collection, changing the rules, inverting them to expand the range and suit the children’s needs. This could not be tolerated!

Meanwhile, to make matters worse, the symbols were spreading and being used across the Globe in places like Israel, Hungry, France, Germany, Italy, each country making their own improvements and adaptations according to cultural preferences such as the direction of the writing from right to left etc. They were using the symbols as a stepping stone to teach spoken language, the very thing Bliss was working to eliminate.

This infuriated and upset Bliss immensely. He returned to Australia where he proceeded to send a tirade of abusive letters to Shirley accusing her of tainting his language. The letters got progressively more and more extreme culminating in a court summons.

The battle raged on for over a decade. In 1982, they finally came to a financial settlement of $165k, a substantial sum that devastated Shirley’s small operation.

The weird thing about all this and perhaps the most moving is that through it all, Shirley kept her respect and admiration for Bliss. She didn’t grow resentful as you might expect after a 10 year court battle that turned her world upside down.

Her reason? She felt he had truly created something unique that had never before been done by another individual on earth. She speaks of her experience when using the symbols with reverence and comments that they began to change the way she actually thought. ‘They transmit a meaning that is beyond words.’