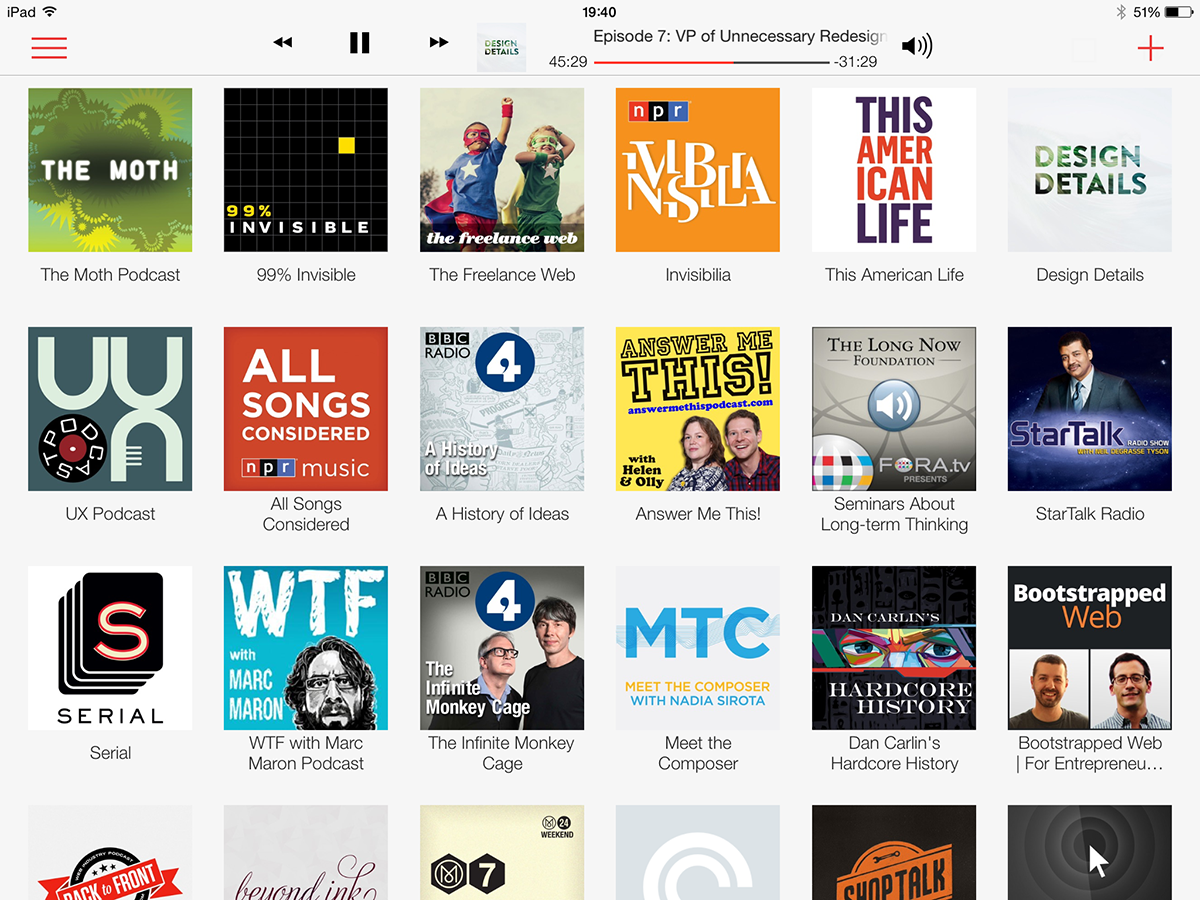 As a freelancer, working from my home office (or cafes or hot desking) can feel a bit isolating at times. I love the freedom and independence, but just in terms of connecting with peers in the industry and keeping on top of the latest app / workflow improvements / prototyping tool!

A recent addition to the work category is Design Details. It’s hosted by Brian Lovin (Product Designer at Buffer) and Bryn Jackson. Unlike Invisibilia, their voices are quite different so it doesn’t matter so much they have the same name – you can still tell them apart.

After some discussion and very important questions were out of the way, such as when Cap started growing his facial hair, they moved on to discussing how he is finding his new position at Buzzfeed.

He says : “…not to look at management as not design, because that is literally all it is. Management is the greatest user experience problem I’ve ever had. Your users are right in front of you all the time. … constant learning about what people think.”

On the subject of hiring designers and how difficult this can be, Cap makes a really interesting point.

“… people send me portfolios full of finished work. That’s all it is – just screen shots of the final product. And I will email people back and be like ‘Hey, that’s cool, but that’s not super interesting.’ I want to see the messy stuff. I want to see the stuff you’re not proud of. I want to see the stuff you tried and that didn’t work at all.  The finished product – that’s great, but was that the first thing you did? Because if it’s the first thing you did it’s probably wrong. I want to know that you tried a bunch of stuff, weren’t happy with it, failed a bunch. Show me the sketches. Show me the documents you wrote with all the bullet points with the features you thought you’d need and you cut that down to 5 things.  Show me the wireframes that you tried, or the prototypes you tried that totally blew up in your face in user research.”

It’s a great piece of advice and I know I’m going to keep this in mind next time I’m showing my work.

Design Details are asking if people want them to release more than one episode per week – I vote yes!