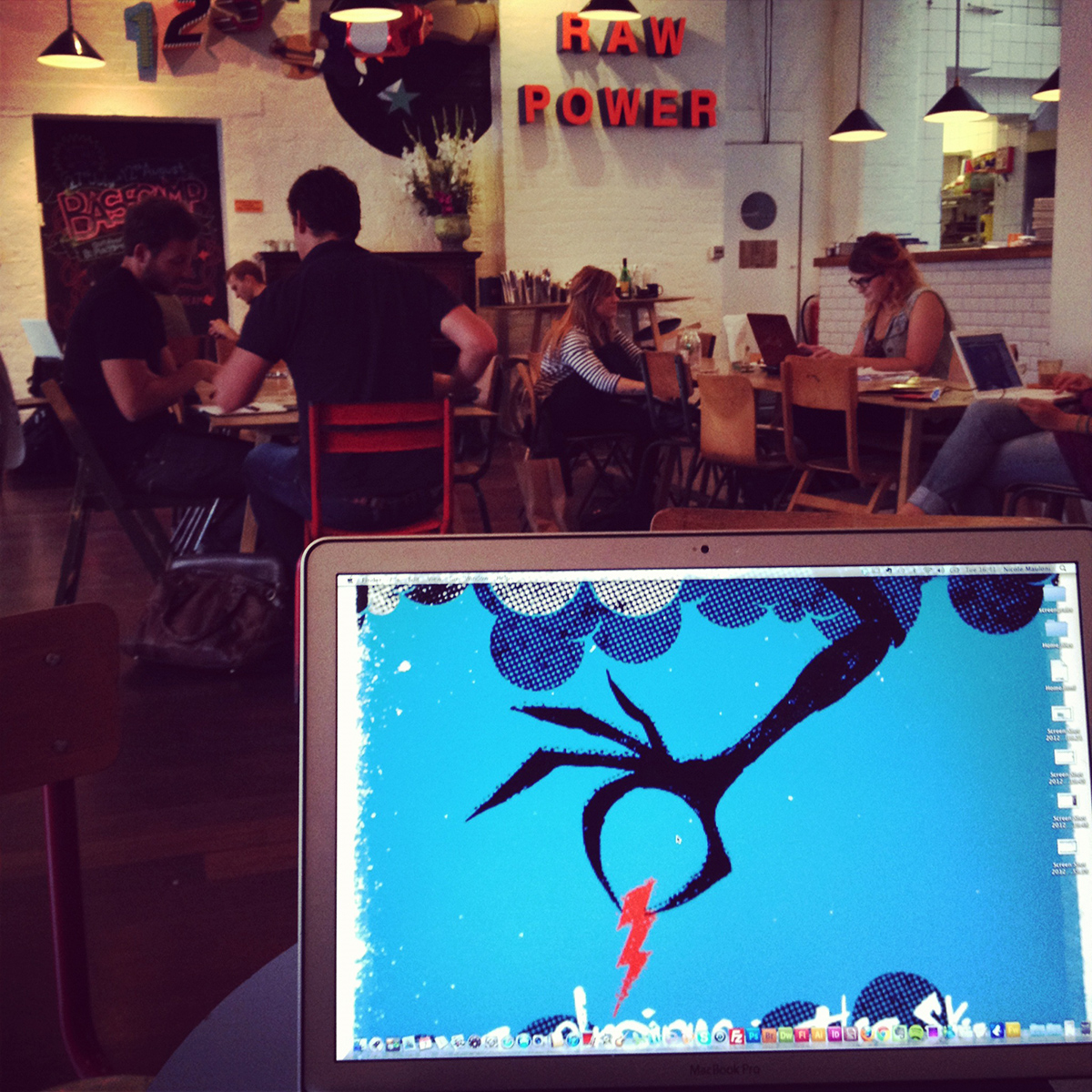 A friend of mine has been considering giving up his post in a well respected digital agency and jumping into the unknown waters of freelancing. He’s been entertaining the idea for some time now and has asked me for advice. My initial reaction was without hesitation. ‘Yes, do it. You won’t look back!’ Thinking on this caused me to do some reflecting myself.

My transformative leap was not one I bravely made after much deliberation but rather it ‘happened’ to me. About 7 or 8 years ago, was working in a digital agency in West Hampstead (who shall remain nameless). They had a terrible habit of making a member of staff redundant about once a month. This went on for some time and working there became reminiscent of an episode of ‘Americas Next Top Model’. Not because the staff were particularly good looking or spoke in American accents, but that we started to anticipate another cull or sacrifice at the end of each episode. Anyway one day sure enough, my turn came around.

There is never a ‘good’ time for this event to happen, but this was particularly bad timing. I had just moved into a new houseshare after some time living with my boyfriend. We had ended our relationship shortly after this, which was the week before my marching orders came. My life was shifting and I wasn’t ready for another change. Some sort of survival mode kicked in and I followed up on an opportunity suggested by an ex colleague and had a meeting with a recruitment agency. I took a couple of tests to prove I wasn’t a fraud and they put me on the books. I can’t remember the specifics of the first job I got but I remember feeling nervous and simultaneously excited at this new way of working.

It wasn’t long before I realised there were distinct advantages to this set up. For one, my earnings had dramaticly increased (or at least I got paid more for my time, though this didn’t always equate to making more money overall), and as time went on I accumulated a more credible portfolio which enabled me to be more discerning about what work I took on. All pleasant improvements towards a better quality of life, though most importantly in my opinion, was being able to shift and change direction and even skillset (if you are prepared to put time in to learn a new skill which most of us in the digital world have to be right?).

Freelancing doesn’t come without its own risks, but providing you are actively engaged in putting yourself out there and have enough cash to support a dry month or two in an emergency, especially when initially starting out, it will work out. I’m not saying it’s for everyone, but if you like the sound of the opportunity working with a large variety of creative people, picking and choosing what you want to work on and developing your skillset, then I fully recommend it. Do it! You won’t look back!